The birthplace of house music gets its own house and techno festival with ARC Music Festival, set to take place September 4 & 5, 2021.

Notably, ARC Music Festival is the first to offer all three Eric Prydz aliases in one weekend. The festival includes sets from Eric Prydz and Cirez D — and a ticketed closing party, headlined by Pryda, will be held at the Radius in Chicago.

With many in-demand international acts, ARC Music Festival is “bringing the global scene to the birthplace of house music.” But Joe Calderone, director of marketing for a co-presenter of the festival, Auris Presents, says the festival will represent all things Chicago:

Organizers say this is the first phase of the lineup reveal, with more to be announced in the coming months. The event will offer four stages and immersive art installations during its two-day run at Chicago’s Union Park.

Tickets are on sale today at 12 PM CST. 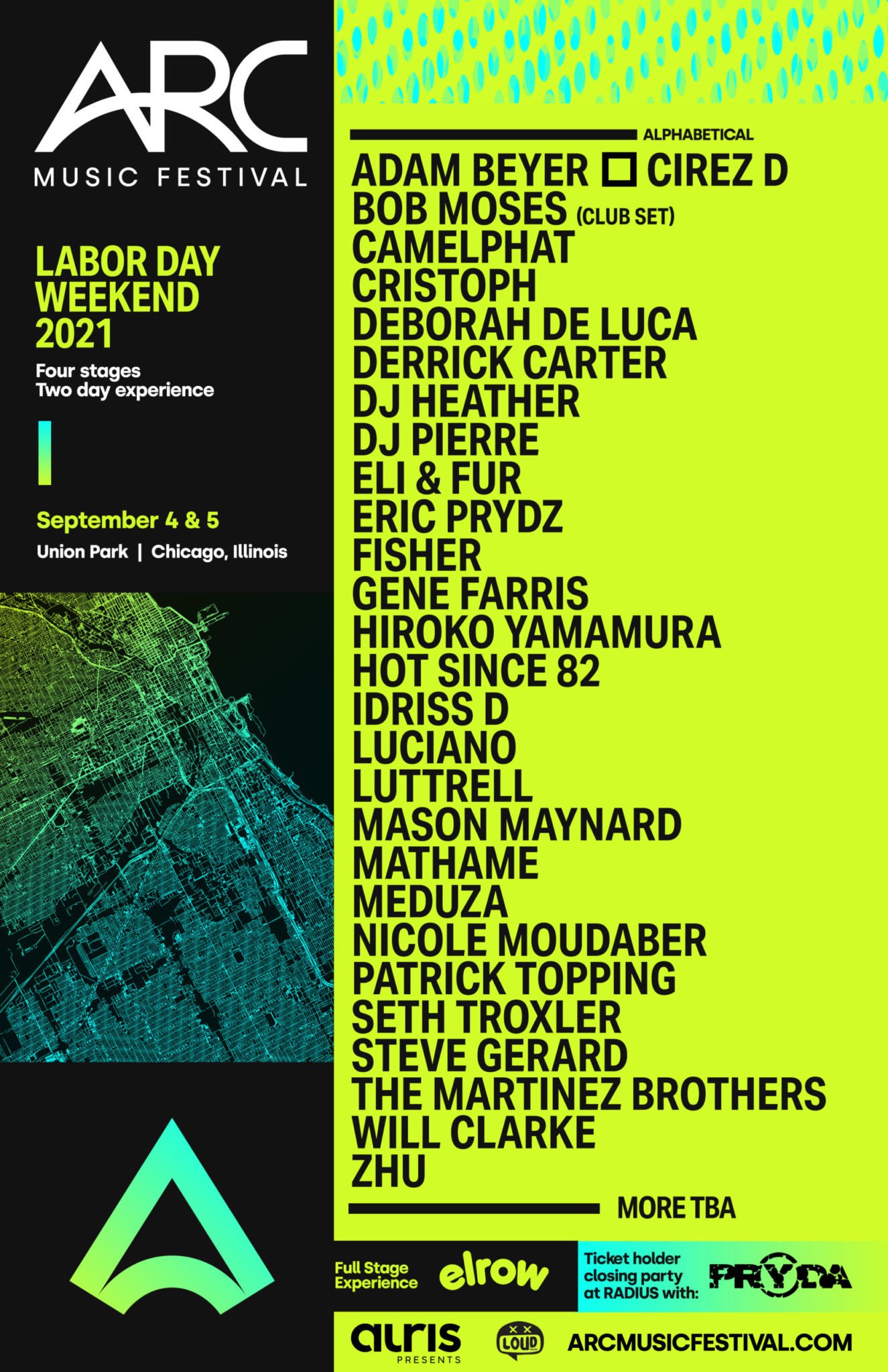