The OnePlus 8T arrives at a time where companies are taking steps back from $1,000+ phones and giving customers new options that aren’t missing much in the $700 price range. This is an area of the market that OnePlus has long been a part of, only they didn’t have much competition in the past.

With the OnePlus 8T, they (unfortunately) now have to deal with Samsung, who is only a couple of weeks removed from impressing the world with the Galaxy S20 FE. Plus, Google and Apple have new phones right in this ballpark and with carrier partnerships.

Can OnePlus and the 8T keep the attention of their fans at what used to be their sweet spot? Let’s find out now. This is our OnePlus 8T review! 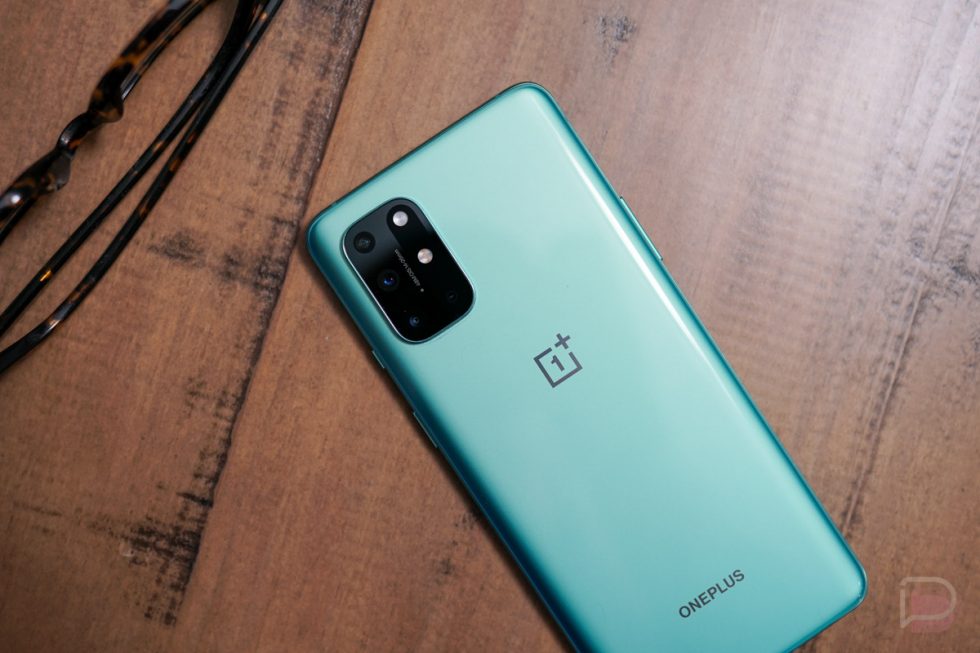 What’s good about the OnePlus 8T?

Display. OnePlus slapped in a 6.55″ full HD Fluid AMOLED display here that has a 120Hz refresh rate. While not a resolution of QHD, I have zero complaints. This display looks so freaking good and smooth at all times that you’ll find yourself casually swiping around in awe.

OnePlus packed it full of features too. You’ll definitely want to set the refresh up to 120Hz, but they give you several ways to calibrate the color profile of this display, you get reading and vision comfort options, we finally have a true dark theme toggle that really shows off those deep AMOLED blacks, and it gets plenty bright indoors and out. Viewing angles are excellent, as they are on all high-end phones today, and touch responsiveness might be the best I’ve found in a phone – every single touch and swipe is perfectly registered. Oh, and it’s flat!

Need a complaint? The brightness doesn’t get quite as dim as I’d like when lying in bed at night. Other than that, it’s just about perfect. 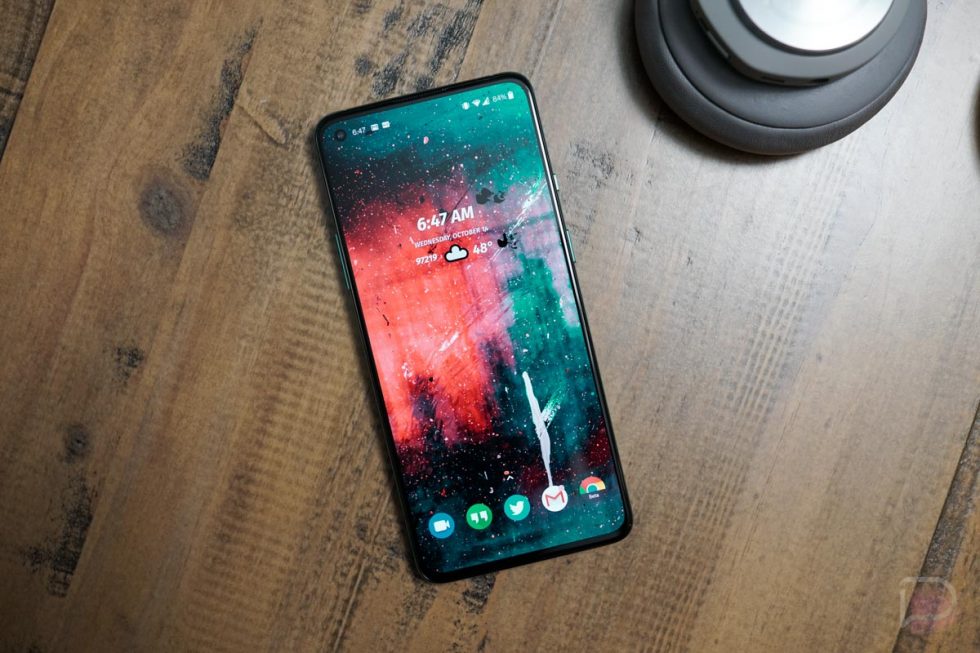 Battery life. Whenever you start using a phone with this much power and a high-refresh rate display, you worry about battery life. Thankfully, it didn’t take long for those worries to disappear, as the OnePlus 8T and its 4500mAh battery last long enough. Are we talking 2-day battery life? Not quite. We are talking easy full-day battery life with plenty of juice to spare, though. 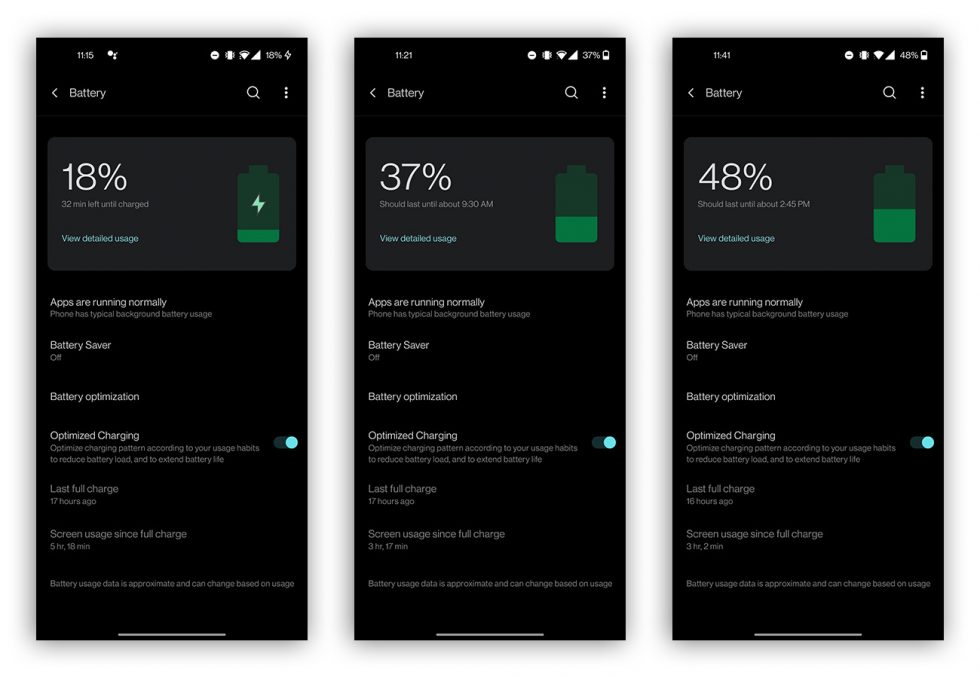 I’m sure some would love to be able to slap their phone on a wireless charger at night (I know I would), but if all it takes is 40 minutes to get me back to full, I just can’t find myself complaining much. And wireless charging is mostly slow and bad anyways.

Design. Let me be clear about something here – the OnePlus 8T is a very pretty phone that fits nicely in the hand, feels ultra premium, and has been carefully put together on a level few phone makers achieve. With that said, I really think it’s time for new design language from OnePlus and I hope this is the last high-end phone from them with this same horizon silhouette and curved-all-the-things glass and metal shape.

I hate to take away from what they’ve built here. This phone is a really nice size that is comfortable to use in any setting, plus I love that OnePlus continues to color-match the side metal railings to the back of their phones. Buttons are in nice positions, everything lines up perfectly on the bottom, and for once, OnePlus nailed the weight. The 8T lands at 188g and it feels even lighter.

But the defining design elements of the OnePlus 8T are the alert slider and the fun Aquamarine Green color. Otherwise, you know, it really just looks like any other top tier phone from 2020, particularly those made by Samsung. I know this is coming off like I’m complaining over the dumbest thing, I just want OnePlus to showcase something that gives them their own identity. With the switch in software skins through OxygenOS 11 and this design, it’s feeling less and less like the company we all got excited about for so many years. Give us something fresh! 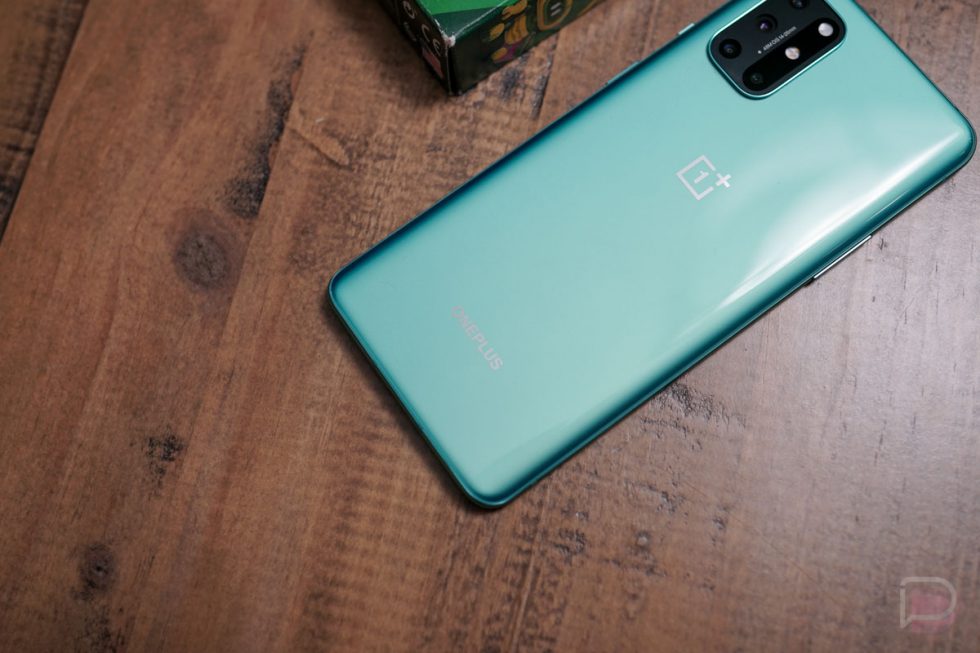 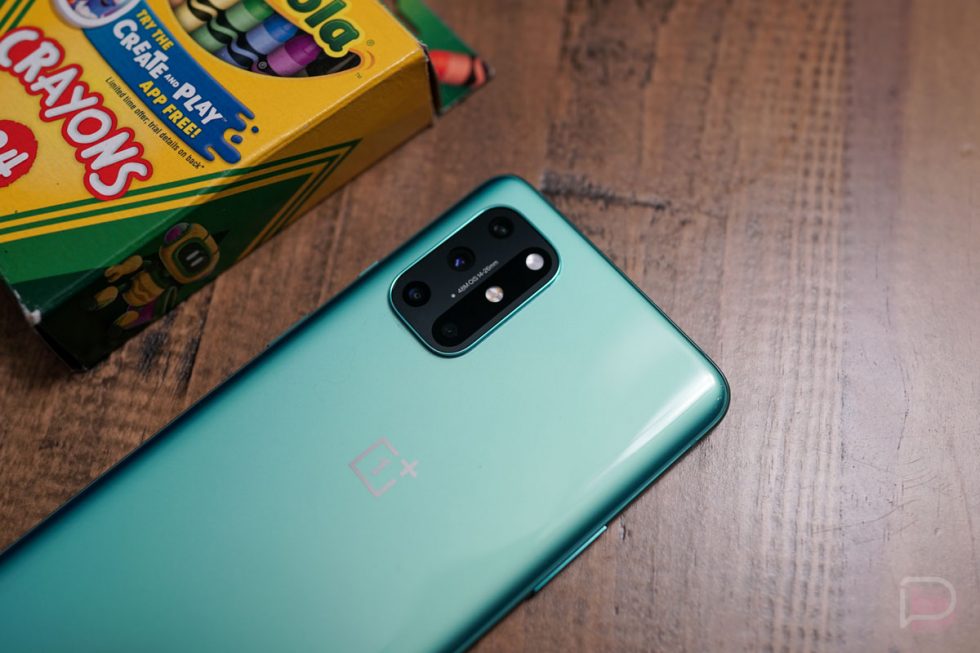 Specs. Did OnePlus leave anything out on the 8T? There are two items missing: wireless charging and an IP rating on the unlocked model (T-Mobile’s 8T+ is IP68). Outside of that, you get the 6.55″ AMOLED display with 120Hz I just raved about, a Snapdragon 865 processor (not the 765G everyone else has settled into), 12GB RAM and 256GB storage in the US, a large 4500mAh battery that charges at absurd speeds, quad-camera that is quite good, WiFi 6, stereo speakers, and OnePlus’ fun little alert slider.

The phone costs $749. What other phone can match these specs and come close to this price? OK, the Samsung Galaxy S20 FE does, except the 8T has double the RAM and storage. These two phones are in a league of their own.

Performance. To no surprise, the OnePlus 8T is one of the best performing phones I’ve used. OnePlus has nailed down how to get the most out of Qualcomm chipsets or at least trick my mind, eyes, and fingers into thinking it has.

This phone runs the Snapdragon 865 (not the overclocked 865+), has 12GB LPDDR4X RAM, and 256GB of UFS3.1 storage. When you take those speedy components and match them up with their new Android 11 skin and a 120Hz display, I’m not sure you’ll be able to find a missed frame, hesitation when loading an app, etc.

We don’t do benchmarks, but trust me, this phone is fast.

Software. OnePlus has once again delivered a software experience that is truly enjoyable. This is the first phone from OnePlus to launch with OxygenOS 11 and Android 11 out of the box, but we are already somewhat familiar with both, thanks to an early update to the OnePlus 8 Pro.

This version of OxygenOS brings a lot of change to OnePlus’ UI, and I think that has led to some people being turned off. I can understand why, since the Android skin now looks a lot like Samsung’s One UI, but I also find it to be featured-packed enough and run so smoothly that the general experience is one I like.

For example, we now have an always-on display after all this time with several clock options and a few customizable features I wish companies like Google would copy. The launcher they provide is still quick and looks familiar, OnePlus keeps bringing the Google Discover feed to the home screen layout, and the settings area is easy to follow. OnePlus also packs in dozens of useful features like all of the display modes I mentioned above, deeper controls over sounds and vibrations than most give you, gestures to perform actions, and a number of ways to tweak the appearance. A lot of what OnePlus is delivering here is as you can find it on their older phones, it’s just that OxygenOS 11 looks different on the surface. 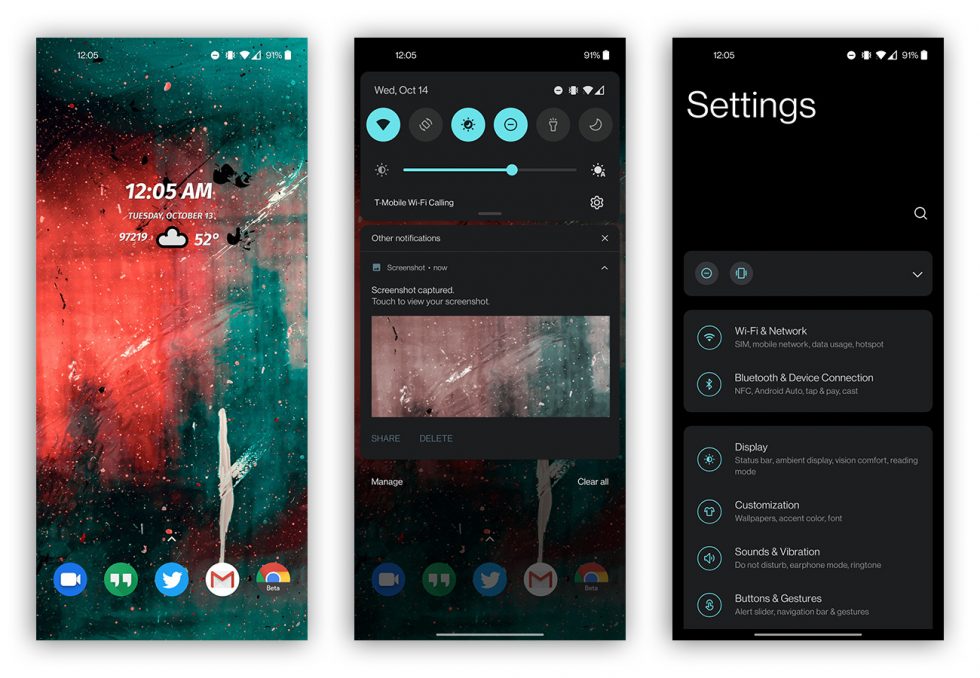 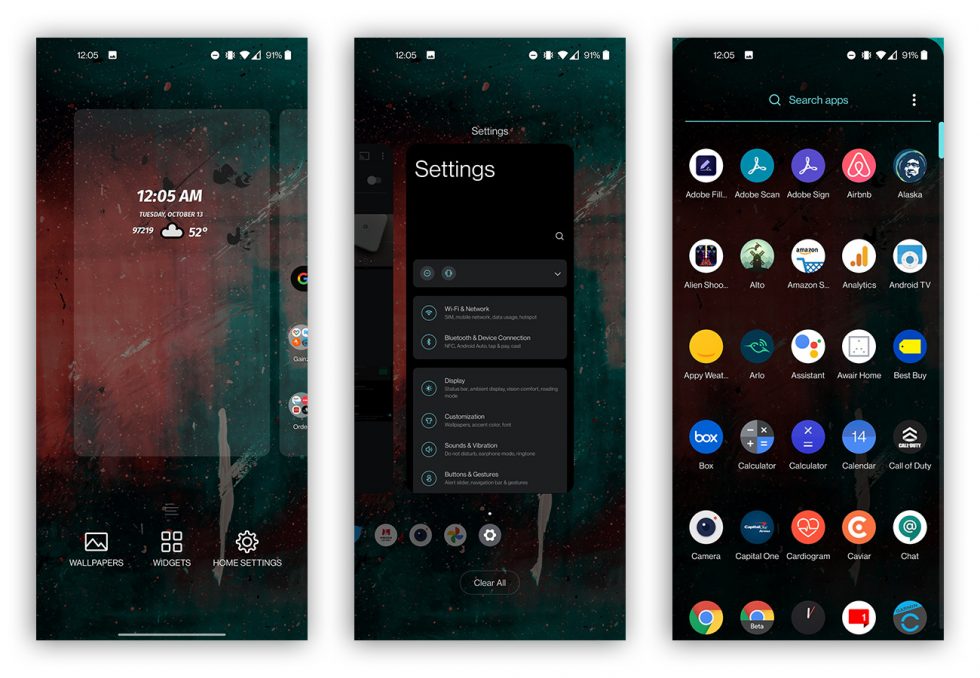 OnePlus has shown in recent years that it is capable of providing regular updates to its phones too. I couldn’t tell you the exact schedule, but they typically release several bug fixing updates over the early days of a phone before settling in to regular security patch updates as well as bigger feature releases. The OnePlus 8T should get at least a couple of big Android version updates even as it launches with Android 11.

Price. Several years ago, I was one of the early complainers about OnePlus casually raising prices from one phone to the next and it worried me that they would quickly reach Samsung-level pricing. We’re now there and I don’t like it, but OnePlus is still finding ways to undercut competitors with a set of specs and an experience you should be paying hundreds of dollars more for.

The OnePlus 8T at $749 probably would have been an easier sell if Samsung didn’t just drop the Galaxy S20 FE while flipping the bird at everyone. But let’s not get it twisted – the 8T manages to best the S20 FE in a couple of categories without much of a price difference. Also, keep in mind that this phone (outside of the still camera) is miles ahead of Google’s new Pixel 5 in almost every category, yet only costs $50 more. I have both of them in hand right now and the 8T feels like a premium flagship-level device, while the Pixel 5 feels like a cheapish mid-range, plastic phone.

So yes, OnePlus’ continued price hikes suck, but for now, they remain one of the best values in smartphones. 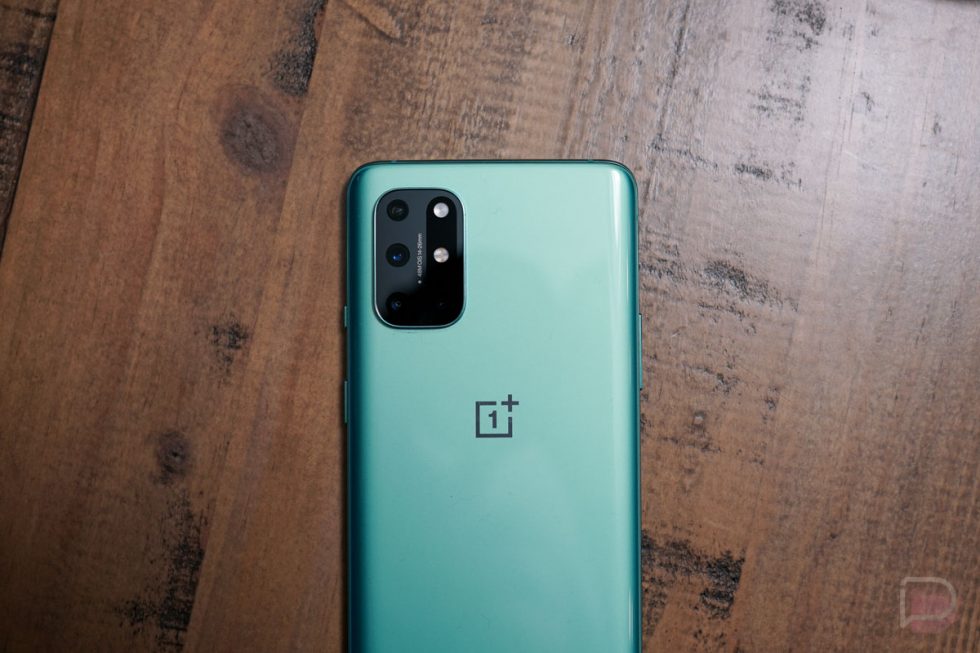 What could use some help?

Camera. We are at the point where most smartphones can take good-if-not-excellent pictures in a variety of settings. Outside of the dumpster fire camera in the Surface Duo, everyone takes stellar photos in good light, so that leaves us having to nitpick the inside pictures and those without good lighting to decide a winner. For the OnePlus 8T, a similar story applies once again, and that’s that this camera is more than capable in good lighting, but should you find yourself indoors or in a dimly lit situation, it’s not going to impress you much.

Now, I will say that in the few dozen shots I took with this phone during a comparison shoot with the Pixel 5, it matched Google’s camera setup in almost every single outdoor shot I took, maybe even besting it in several. The only places it couldn’t catch Google were in a few portrait shots and when I found items around my house that didn’t have the best of lighting. But honestly, this camera is pretty good. 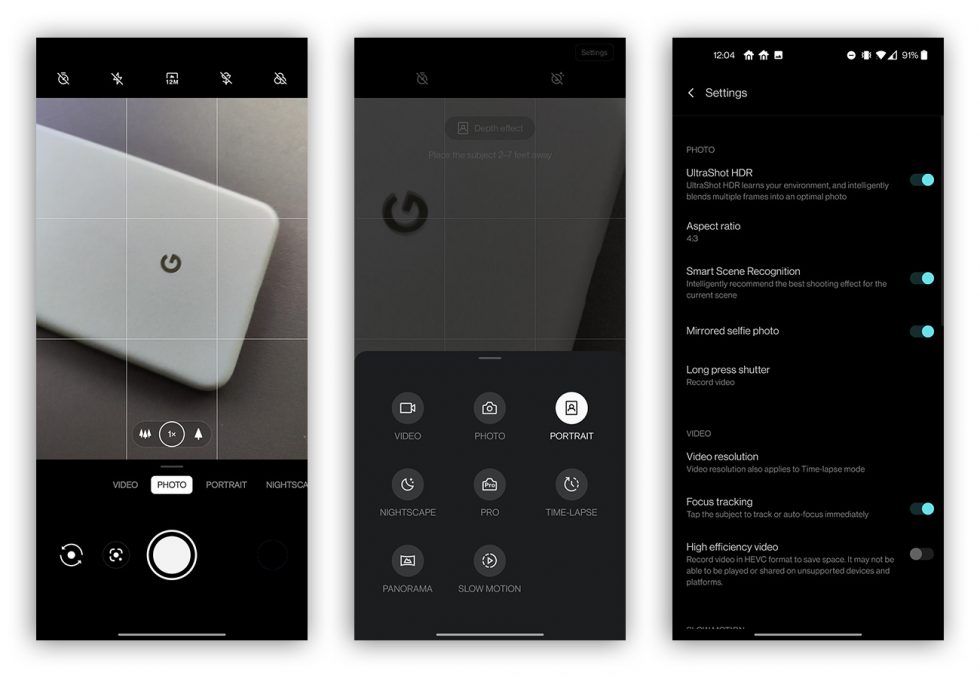 The setup, to recap, is a 48MP main shooter (same camera that’s in the OnePlus 8 and Nord) at f/1.7 alongside 16MP ultra-wide (123° FOV), 5MP macro, and 2MP monochrome lenses. It’s not a special setup by any means, since we’ve seen similar on other OnePlus phones, but it gets the job done.

As far as features go, OnePlus packed the 8T’s camera app full of goodies. You have normal photo and video modes, as well as portrait, pro, nightscape, time-lapse, and more. The camera has a macro mode, auto HDR, 4K cine video at 60fps, tripod long exposure shooting, and Google Lens support. This camera will do whatever you need it to do.

And look, OnePlus will more than likely continue to improve the processing on this phone and the camera should only get better. 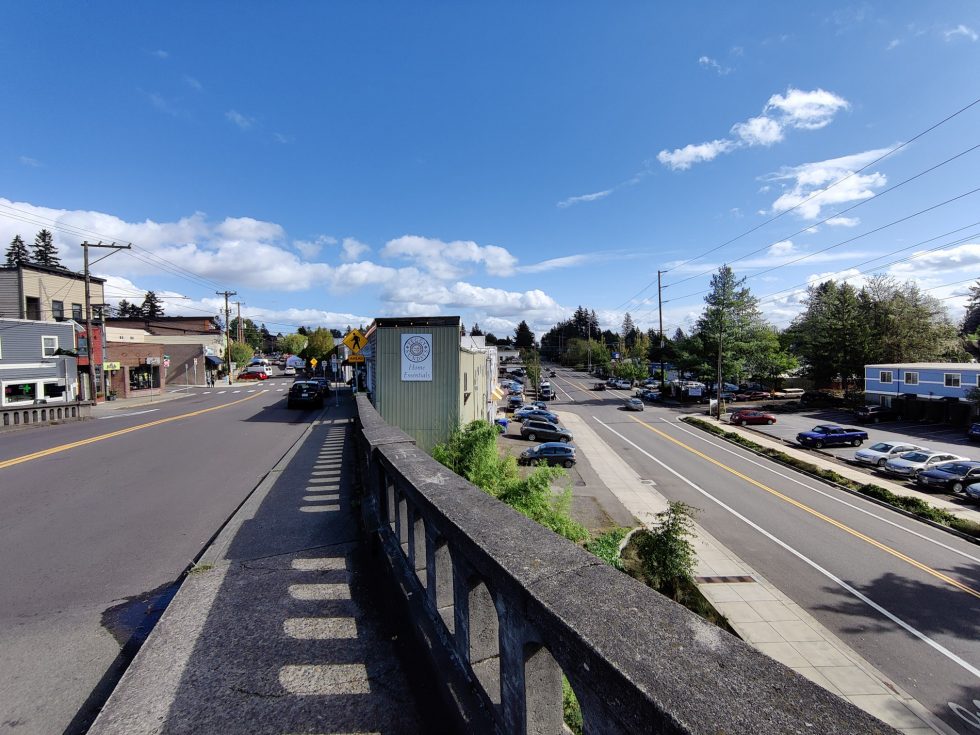 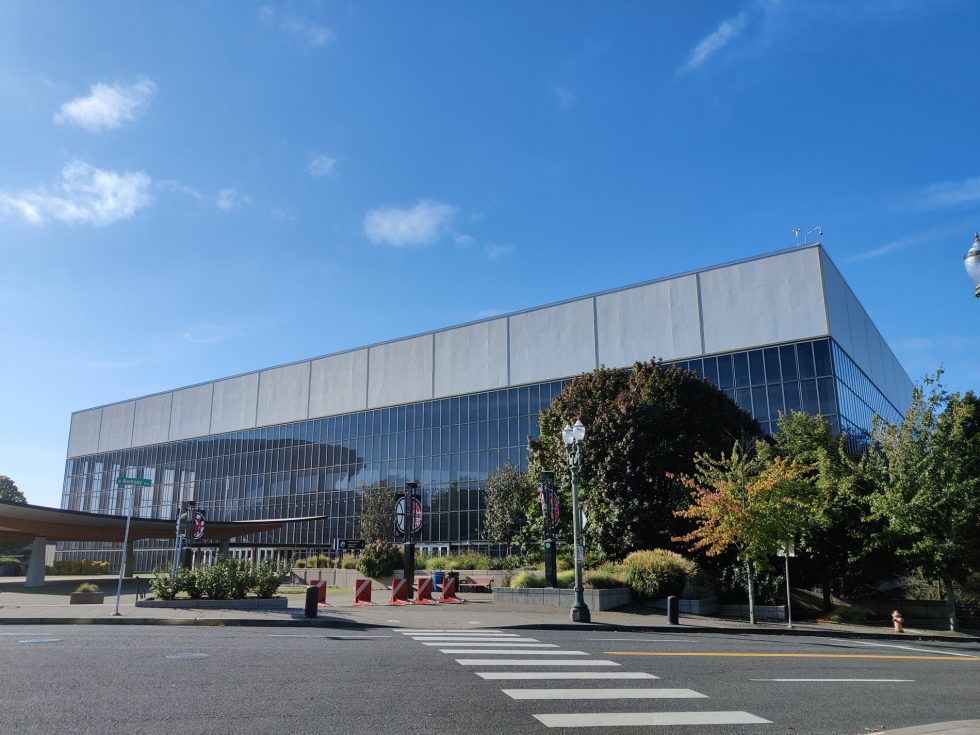 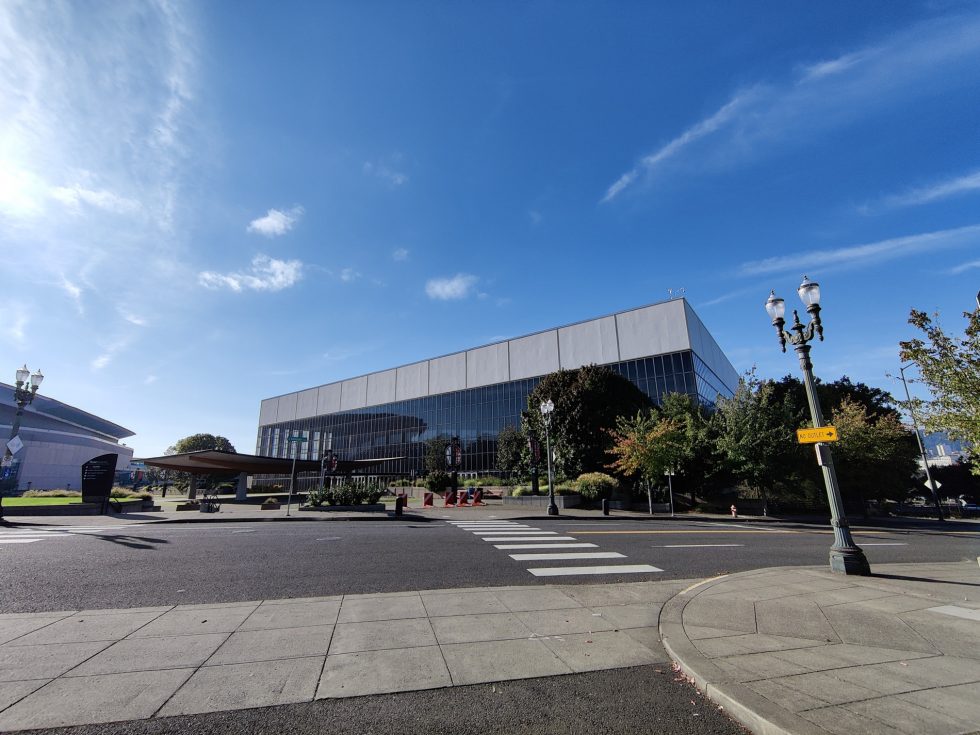 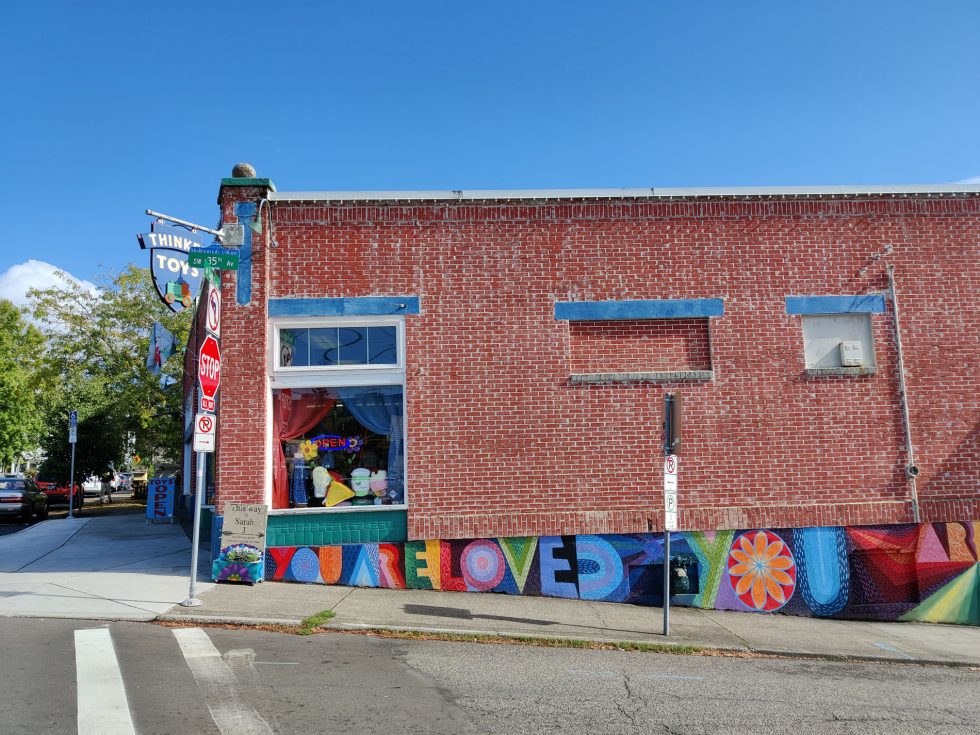 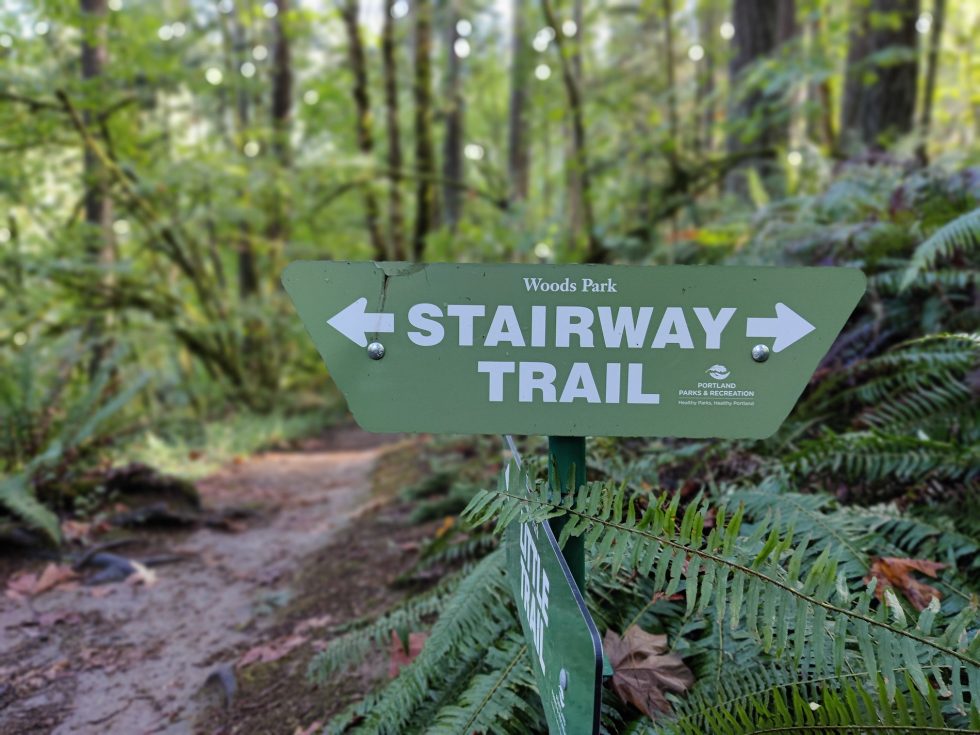 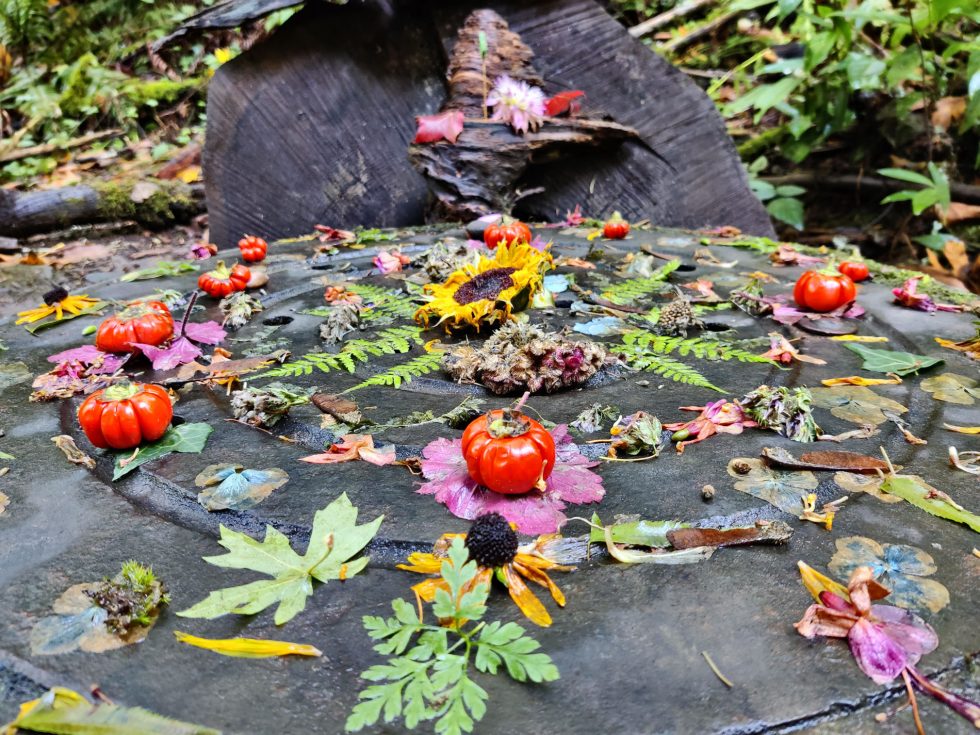 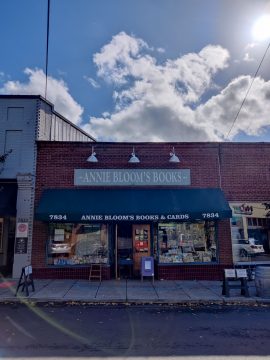 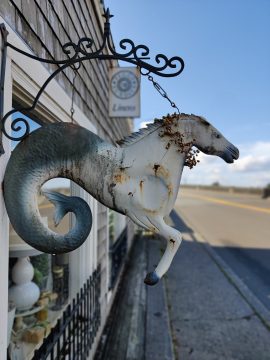 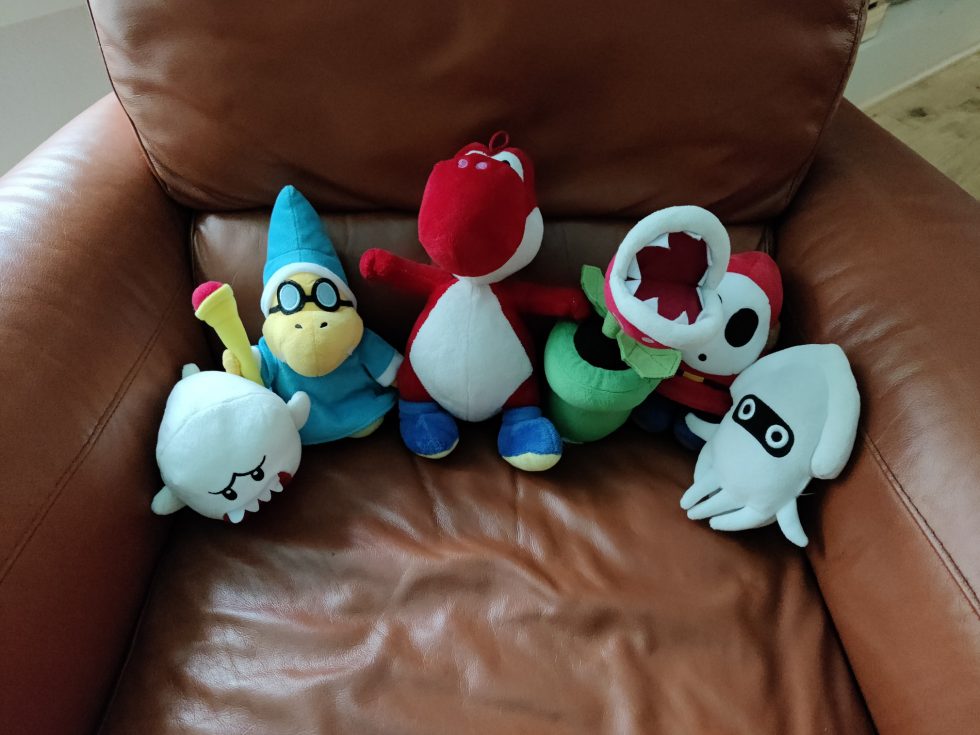 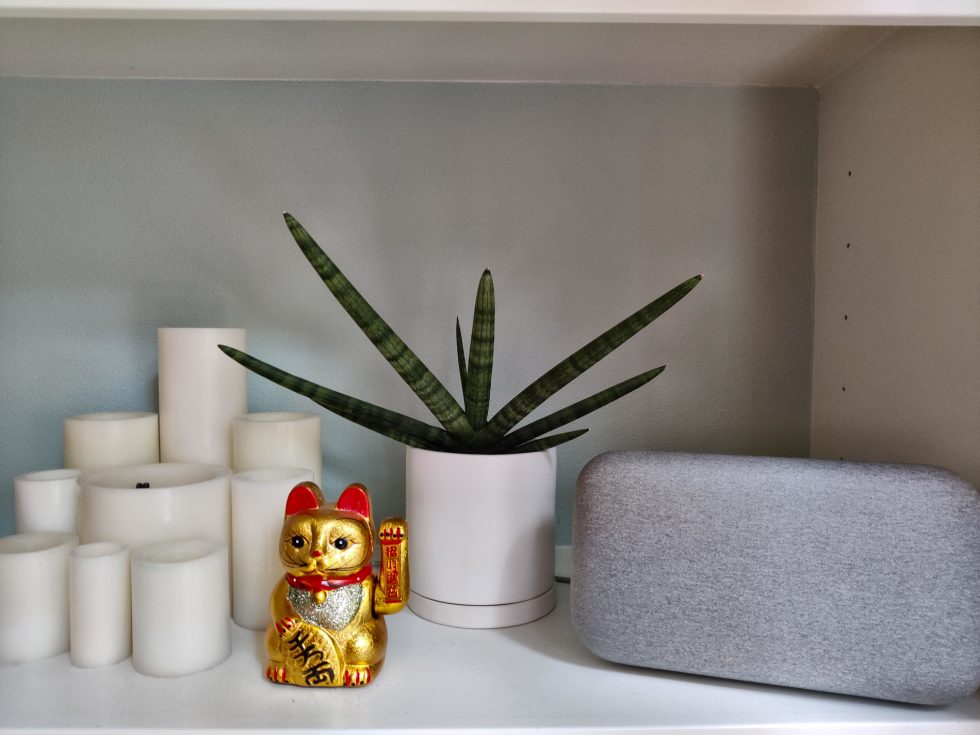 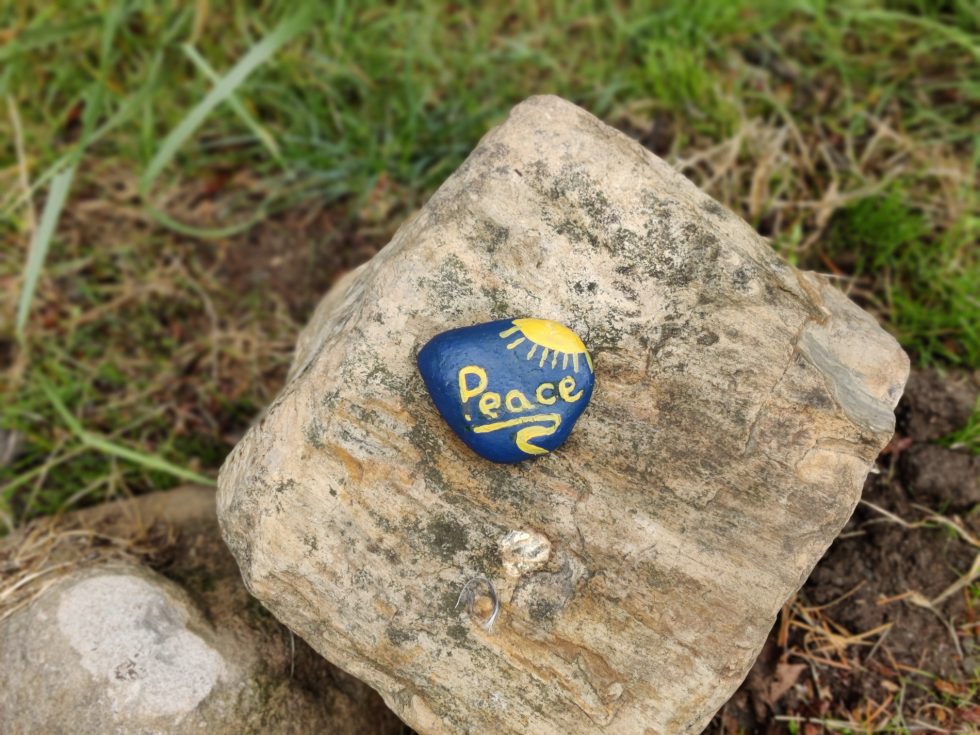 Availability. This is a pretty reachy complaint from me, but the only carrier selling the OnePlus 8T is T-Mobile and they have a special version called the OnePlus 8T+. Since Verizon and AT&T aren’t selling it, you are limited to buying T-Mobile’s version or the unlocked model. The unlocked model works on all carriers, you just can’t walk into a store and find one. Is that a big deal? I don’t think so, but US customers still weirdly buy everything from their damn wireless provider. 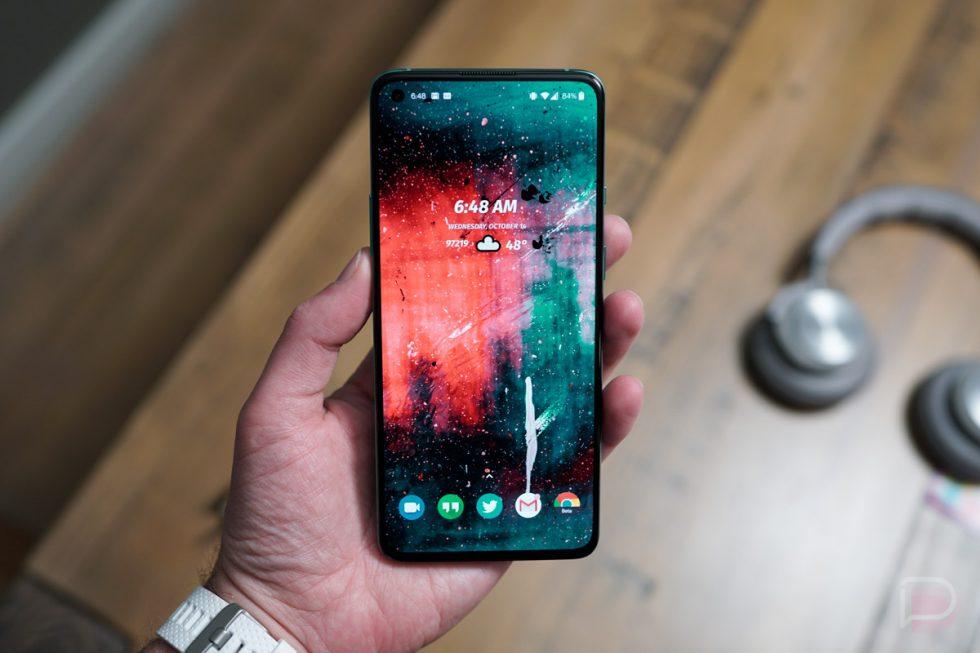 Should you buy the OnePlus 8T?

There are a number of excellent phones on the market today that the OnePlus 8T has to compete with, most notably the Galaxy S20 FE. Strictly looking at the two on paper and having used the 8T, I think it’s the phone I would prefer, mostly because of the crazy fast charging, performance, software, and the extra RAM and storage.

OnePlus built a heck of a phone with no major flaws and a price that is still quite good. If I were buying a phone today, I’m pretty sure it would be in my top 2 or 3 choices. It might be my favorite OnePlus phone to date.